What is Screen Fry? And How to Stop Getting Fried By Screens 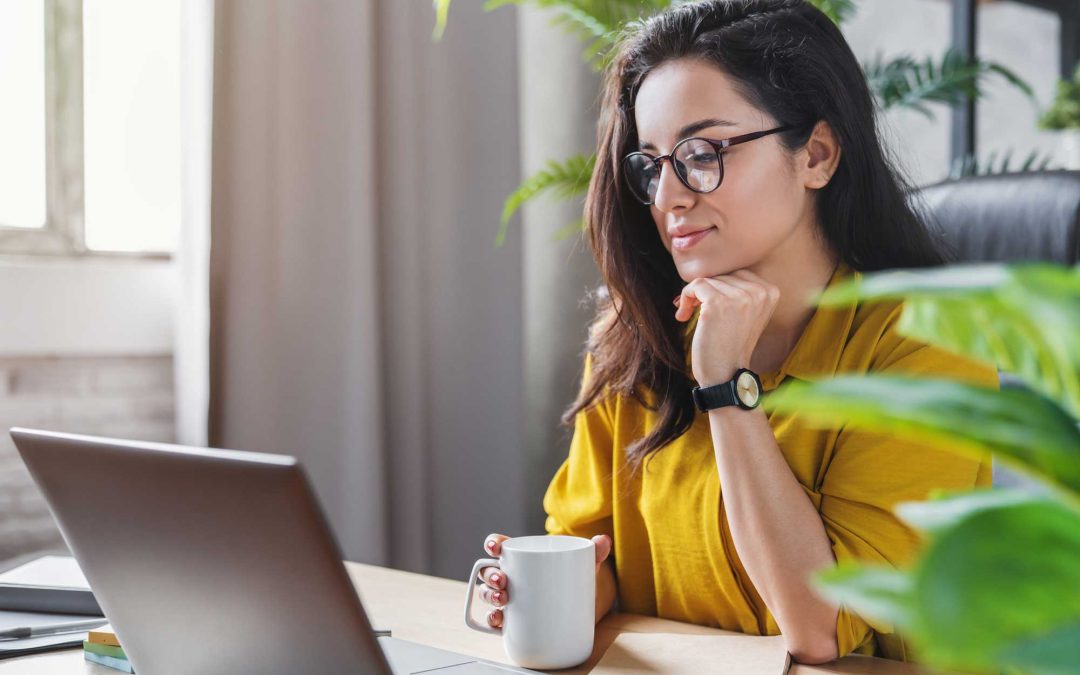 If you’re anything like us, then your day looks something like this. You wake up in the morning, and the first thing you do is look at your phone. You check your notifications and maybe catch up on how the world was burning while the sun was down in your hemisphere. You hop out of bed and go to work, where you stare at a computer screen for eight hours. When you get home, you unwind with a movie or TV show on Netflix. And lastly, when you crawl into bed at the end of a long day, you endlessly scroll social media and maybe even find yourself in that weird area of YouTube at 1 am. And rinse and repeat.

What Staring at a Screen Does to Your Brain and Body

Long before “computer vision” became synonymous with self-driving cars, it was studied as a very real and harmful effect of staring at screens. The symptoms of this disorder are blurred vision, dry eyes, double vision, eye fatigue or discomfort, itchy and red eyes, and tearing up. But just how prevalent is this syndrome? A 2014 study, reported 60 million people across the world experience vision problems from screens.  Seven years on, that number is surely much higher. We know that the number of internet users across the globe has more than doubled since 2010. We also know that internet usage and digital device usage has increased across every age group. In 2000, only 14% of Americans over the age of 65 were using the internet, today it’s 73%.

Sitting at a desk or even with your head slumped over a phone or tablet can cause a multitude of problems including tingling and numbness, cervical stiffness, and backache.

It should come as no surprise that our bodies weren’t designed to sit at a desk all day. What were they designed for? Long-distance running. While humans are laughably weak when it comes to raw power and strength, and significantly less hardy than our Neanderthal cousins, we excel at stamina. Most predators hunt by silently stalking their prey and pouncing, yet we would outrun ours to the point of exhaustion. In conclusion, it’s time to turn off your screens and start running 35 miles a day – nature will provide. Kidding.

The point we’re trying to make here (perhaps unsuccessfully), is that a lot of the advice around screens focuses too much on “natural” vs “unnatural” when the situation is a lot more complex than that. For example, have you ever considered what your neutral body pose is? Google images of astronauts in space – that is our default or neutral position. You may have experienced it a few times in a pool, but you’ve spent the vast majority of your life in a non-neutral position, and no one is advocating that you install anti-gravity chambers in your home.

Some of the dread and despair surrounding health issues associated with screens comes from this idea that you’re doing something wrong or unnatural, but that there’s no way to escape. In a world obsessed with screens, if you’re experiencing harmful effects, it can appear that your options are “getting on with it” or becoming a technophobe hermit. This dichotomy causes mental anguish.

One of the reasons that screen time is so harmful in children is that they have underdeveloped psychological control mechanisms. Recently, the Netflix documentary The Social Dilemma sparked widespread discussion about the role of social media in our lives. For those that missed it, the documentary essentially details how pioneering developers designed the apps we use to be addictive. For example, notifications are red because our brains are wired to respond to red (it means danger or arousal). Social media feeds go on forever because there’s not supposed to be an end to your use. Although children might struggle more with fighting these nefarious tactics, adults can struggle just as much. Even when we want to get away, there’s something pulling us back.

Recent research has linked more hours of screen time with increased levels of depression and anxiety. One study found that people who spend more than 4 hours a day watching screens are at higher risk of depression, and also that people who are depressed spend significantly more time in front of screens[2][3].

With screens, our brains never switch off. We constantly receive endless amounts of information and this can lead to overstimulation. In some cases, people become overwhelmed and can even suffer mental breakdowns. Overstimulation and the nature of the modern workday can also lead to chronic stress. With deadlines that span days, weeks, and months, the fight or flight response is constantly stimulated in some people. This is the reason that so many people say they struggle to “switch off” from work.

Our Complicated Relationship With Sleep

Children are, of course, small adults, but it’s not accurate to just think of them as incomplete adults. Their brains go through cycles of growing and pruning as they develop into adult brains. We often try to prepare growing people for an adult world by pushing adult expectations onto them. One well-studied example of this is sleep. We try to prepare teenagers for a life of waking up in the early morning to be productive members of society by forcing them to wake at 6-7 am and waving them off to school. The logic checks out – most of them will work similar hours (only a little longer) as adults, so why not get them used to it now?

But biology doesn’t check out the same way here. People experiencing puberty have their circadian rhythm disrupted and go through something called “sleep phase delay.” Before puberty, children start to get sleepy around 8 pm or 9 pm. But during puberty, this is shifted to around 10 pm or 11 pm. Teenagers also need more sleep – they need approximately nine hours of sleep to support their growth and development.

In response to this conflict between routine and biology, many teenagers develop disordered sleeping, which isn’t something that magically disappears at age 18. Sleep patterns become ingrained and are challenging to reboot. There’s growing evidence to suggest that the sleeping patterns we develop in our teen years can follow up into our mid-20s. When you combine disordered sleeping with constant screen usage and bombardment from blue-light emitting devices, it’s easy to see how sleep issues can stay with us during adulthood.

Our bodies evolved with the sun as our primary source of light. Depending on the position of the sun in relation to us, we receive different wavelengths of light and the type of light we receive impacts our hormonal responses. Blue light is emitted by the sun when it’s at its brightest (during the day) and promotes feelings of wakefulness. By sunset, the light has shifted into the red spectrum, which triggers our bodies to make “sleepy” hormones (melatonin). This process lines up (evolved with) our circadian rhythm (our internal body clock).

In truth, the process is a little more complicated. For example, people tend to feel sleepy at around 2 pm. This is because when we wake and get an influx of blue light, our hormones surge. By the time afternoon rolls around, those hormones have started to deplete and we feel tired, but that then triggers our bodies to make more.

Our devices emit blue light well past sunset, bombarding us with light that delays melatonin from kicking in. If you’re wondering whether this impacts your health beyond poor sleeping hygiene, the answer is yes. Night shift workers have a lower life expectancy and higher rates of obesity-related illnesses like type 2 diabetes and heart disease. Why? It’s thought to be linked to hormones. During the day, when your hormones are surging, your body is more efficient at breaking down food. You have elevated insulin levels, and remove sugar from your blood faster. Eating a cake in the middle of the night is not the same as eating one mid-morning, despite having the same calorific content.

How to Cure the Harmful Effects of Too Much Screen Time

For computer vision symptoms, experts recommend that you rest your eyes for at least 15 minutes for each 2-hour stint you spend using a digital device. Other tips include:

Here are some tips for mitigating musculoskeletal problems:

How to Limit Screen Time in a World Obsessed With Screens

In a world where screens are ubiquitous, limiting screen time is easier said than done, but it is possible. Google and Apple now have the Digital Wellbeing and Screen Time features that put you in control of your screen time. These features will tell you exactly how much time you’re spending on your screen, as well as where you’re spending it. Some other ideas include:

If you experience persistent feelings of anxiety, dread, or any other symptoms listed in this article, then consult your physician.

The Cheap Squad is here and ready to help with any IT or tech-related questions.  We're not some face-less company on the web, we're real people and we'd love to chat.  Let us know if there's anything we can help you with.